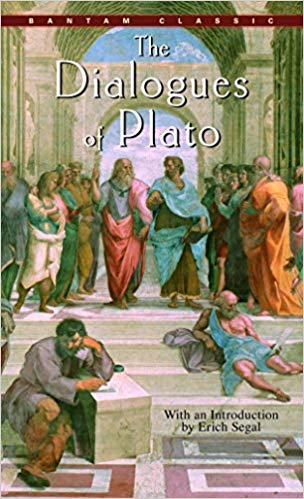 Socrates’ ancient words are still true, and the ideas found in Plato’s Dialogues still form the foundation of a thinking person’s education. This superb collection contains excellent contemporary translations selected for their clarity and accessibility to today’s reader, as well as an incisive introduction by Erich Segal, which reveals Plato’s life and clarifies the philosophical issues examined in each dialogue. The first four dialogues recount the trial and execution of Socrates–the extraordinary tragedy that changed Plato’s life and forever altered the course of Western thought. Other dialogues create a rich tableau of intellectual life in Athens in the fourth century b.c., and examine such timeless–and timely–issues as the nature of virtue and love, knowledge and truth, society and the individual. Resounding with the humor and astounding brilliance of Socrates, the immortal iconoclast, these great works remain powerful, probing, and essential. 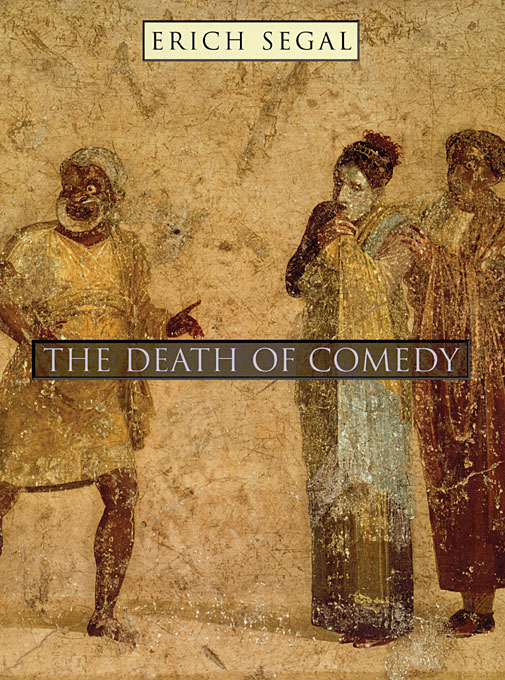 In a grand tour of comic theater over the centuries, Erich Segal traces the evolution of the classical form from its early origins in a misogynistic quip by the sixth-century B.C Susarion, through countless weddings and happy endings, to the exasperated monosyllables of Samuel Beckett.

‘…the writing fizzes, the translations are uniformly wonderful and the deep foundations of learning on which the whole project is built are discreetly cupboarded away in a hundred or so pages of endnotes. It is, in more than one sense, a personal history, the record of a lifelong project of investigation into how the popular can be serious, the classicist an entertainer – and in both cases and more importantly still, vice versa.’ Nick Lowe, TLS Review: Nick Lowe

‘The Death of Comedy … reflects Segal’s deep understanding of live comedy as well as his total immersion in the comic literature written in the languages that he knows well: Greek, Latin, French, and English. His work … is very personal and deeply felt exploration of the comic spirit across several millennia … This is no ordinary criticism of comic literature, although it is the work of a scholar who has taken the trouble to do his homework with the utmost scrupulousness … [but] the rewarding infusion of real showbiz into the analysis of texts that have been subjected to repeated desktop interpretations over the centuries.’ G.W.Bowersock, New Republic

‘Its sweep of knowledge, learning unostentatiously presented, and its atmosphere of unsentimental engagement make the Death of Comedy broad and enlightening. Eminently readable, with flashes of wit and spice, it is the work of a distinguished scholar and creative writer.’ Eric Handley

‘Erich Segal’s introduction to ancient comedy in this book will both interest and delight many readers.’ Hugh Lloyd-Jones

‘Erich Segal’s discussion of Shakespeare’s comic genius is richly informed by his deep knowledge of the classical comedy which influenced Shakespeare. Segal’s brio is all but Shakesperian in its laughing intensity.’ Harold Bloom 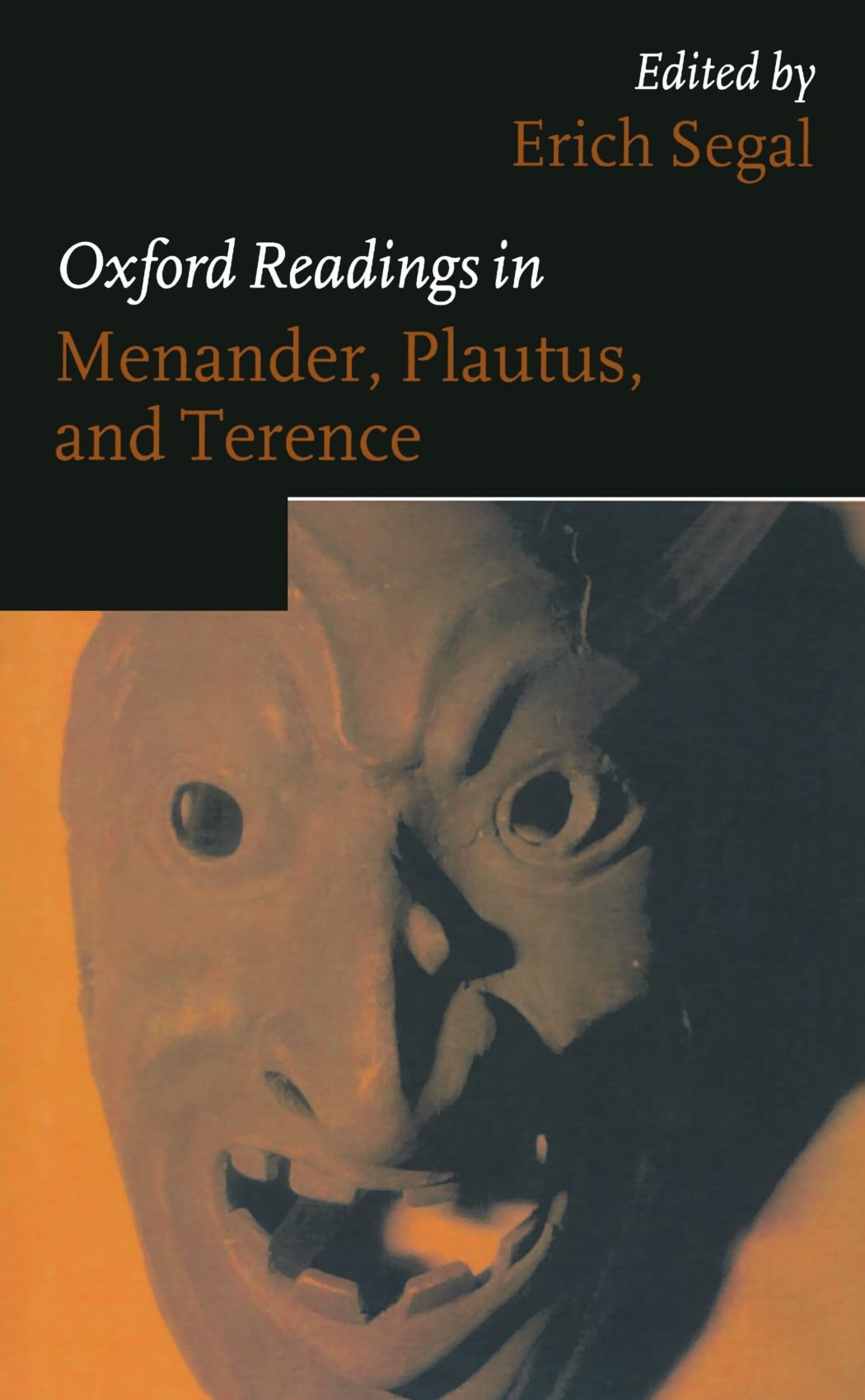 This anthology documents the origins of modern comedy by examining the evolution of ‘New Comedy’, the Greek genre of which the works of Menander are the only surviving example. 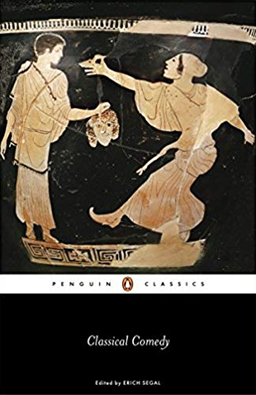 Erich Segal’s introduction provides a fascinating outline of the evolution of Classical comedy, illuminating the social and literary background to each author’s work. This edition includes individual prefaces to each comedy, a chronological table covering events in both Greek and the Roman republic, suggestions for further reading and explanatory notes. 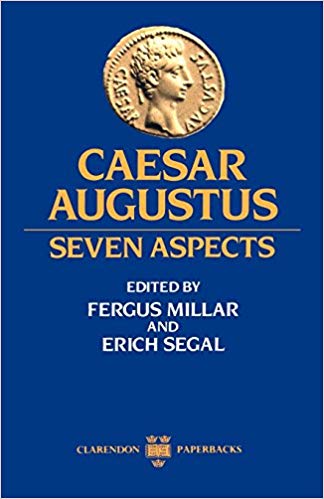 This book presents seven fresh and original views of Caesar Augustus by an international group of scholars. The papers collected here consider the image which he presented of himself, how historians and poets reacted to him, the nature of his rule, and the representation of the newly-established monarch among his subjects in the provinces.

‘All serious students of Augustus will benefit from these essays.’ The Classical Association of the Atlantic States

‘Sir Ronald Syme has been honoured by seven pieces of scholarship which individually and collectively represent the most important contributions to the study of Augustus for many years.’ Greece and Rome

‘A significant contribution to the image which Augustus wished to establish for himself, among his contemporaries and posterity.’ Latomus

‘Fergus Millar and Erich Segal have succeeded in editing a collection of essays by distinguished scholars from several countries. All seven articles contain helpful endnotes and the work as a whole is a valuable contribution to scholarship on the Augustan Age.’ Classical Bulletin 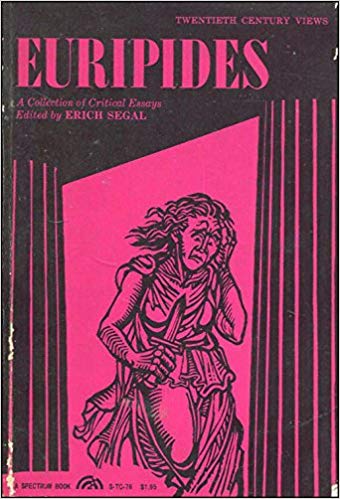 Erich Segal maintains that Euripides was the boldest and most radical playwright of Ancient Greece, departing from the classic form of tragedy where good ultimately triumphs over evil. The contributors to this volume agree that Euripides altered the course of tragic theatre, but disagree about the precise nature of his tragic view. A star-studded cast of critics is represented in this book; and all of them see Euripides as an innovator whose works brought serious drama a great step forward, starting a new type of theatre which is still alive in the works of O’Neill, Lorca and Edward Albee. 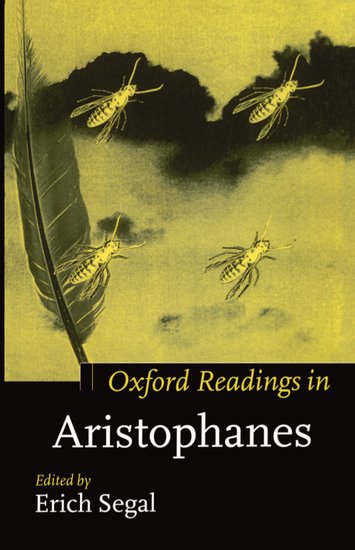 This anthology is a ‘must’ for all serious students of Aristophanes. It includes in one volume sixteen of the most important contributions to the study of the only surviving author of Greek Attic comedy who has left us more than fragments. 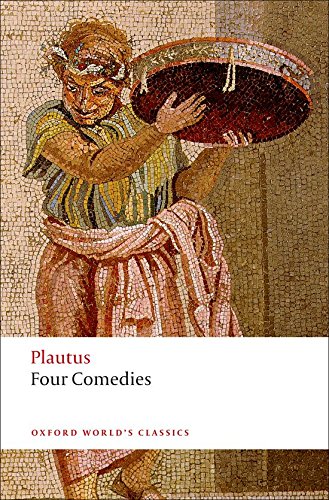 The Braggart Soldier, The Brothers Menaechmus, The Haunted House and The Pot of Gold. Translated, with Introduction and Notes by Erich Segal.

‘These translations are unrivalled in English. The dialogue is brisk, puns and alliterative strings trip from [Segal’s] pen with an abandon that rivals the master himself, and the lyrics really ache to be sung. It is great theatre!’ Professor Walter Moskalew, Classics Dept, Ball State University

‘… Scrupulously accurate to the meaning and the spirit of the Latin, while, at the same time, dramatically effective as a medium for actors and audience.’ Dr. Richard C. Beacham, University of Warwick 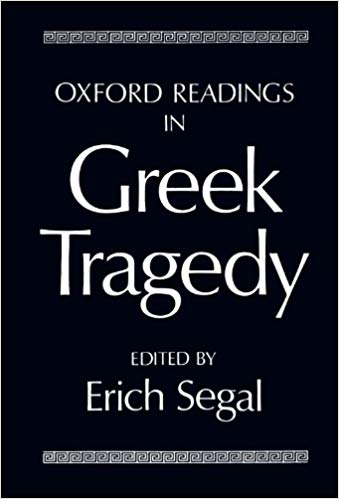 Greek tragedy, the fountainhead of all western drama, is widely read by students in a variety of disciplines. Segal here presents twenty-nine of the finest modern essays on the plays of Aeschylus, Sophocles, and Euripides. All Greek has been translated, but the original footnotes have been retained. Contributors include Anne Burnett, E.R. Dodds, Bernard M.W. Knox, Hugh Lloyd-Jones, Karl Reinhardt, Jacqueline de Romilly, Bruno Snell, Jean-Pierre Vernant and Cedric Whitman.

‘Both classicists and the Greekless have reason for gratitude … for this extremely useful collection….A brief review cannot hope to do justice to such riches.’ E.M. Jenkinson’A very useful collection.’ Greece and Rome 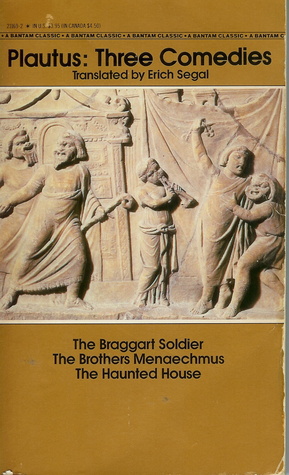 The Braggart Soldier, The Brothers Menaechmus and The Haunted House. Translated, with Introduction and Notes by Erich Segal.

‘Translations made with love, care and enthusiasm … readable and amusing.’ Richmond Lattimore