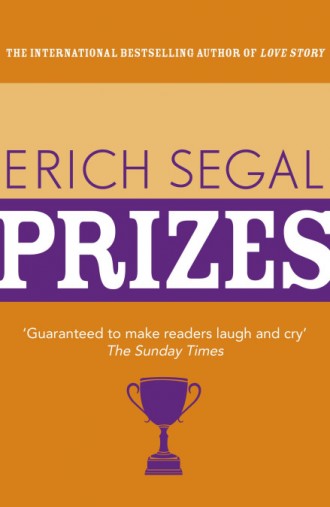 In the arena of life and death, the world’s most brilliant doctors and scientists vie desperately – and ruthlessly – for the ultimate prize: the Nobel.

Adam Coopersmith is a gifted and compassionate physician. Trapped in an unhappy marriage, he meets Anya, a Russian émigrée, and falls in love for the first time – only to have his career nearly destroyed.

Sandy Raven is a cutting-edge researcher whose devotion is matched only by his genius. Yet as he makes his greatest discovery, he experiences his most profound betrayal. Will he choose to live a lie or abandon his dream to seek new, more worldly prizes?

Isabel da Costa. A child prodigy, she owes all her success to her father, but though she becomes a brilliant physicist, she can’t capture her lost childhood. Ultimately she is torn between the father and the young man who holds the key to her happiness, until a shocking revelation explodes her world.

"It was the final act, and, in true Agatha Christie fashion, the killer was about to be exposed."

"The boss was dying. He was losing weight, growing paler and thinner. And feeling an exhaustion no amount of sleep could relieve.”

“It scarcely made a column of newspaper space, but it wrote headlines in their lives.”

'Prizes is guaranteed to make readers laugh and cry … The holiday season is here, and Prizes is exactly the kind of novel that airport bookstands are built for.'

'Wisest, most mature of his novels … a long, richly researched work.'

'Airport fiction taken to the point of excellence.'

'‘The winning formula for a genuine, 24-carat blockbuster. With Prizes, Segal surpasses anything he has written before. He has produced that rare delight, a gripping thriller … The quality of his writing and believability of his carefully-drawn central persona carry the reader through.’'

'Nobel minds, ignoble lives … The world of scientific research is the background for Erich Segal’s blockbuster … an entertaining read.'